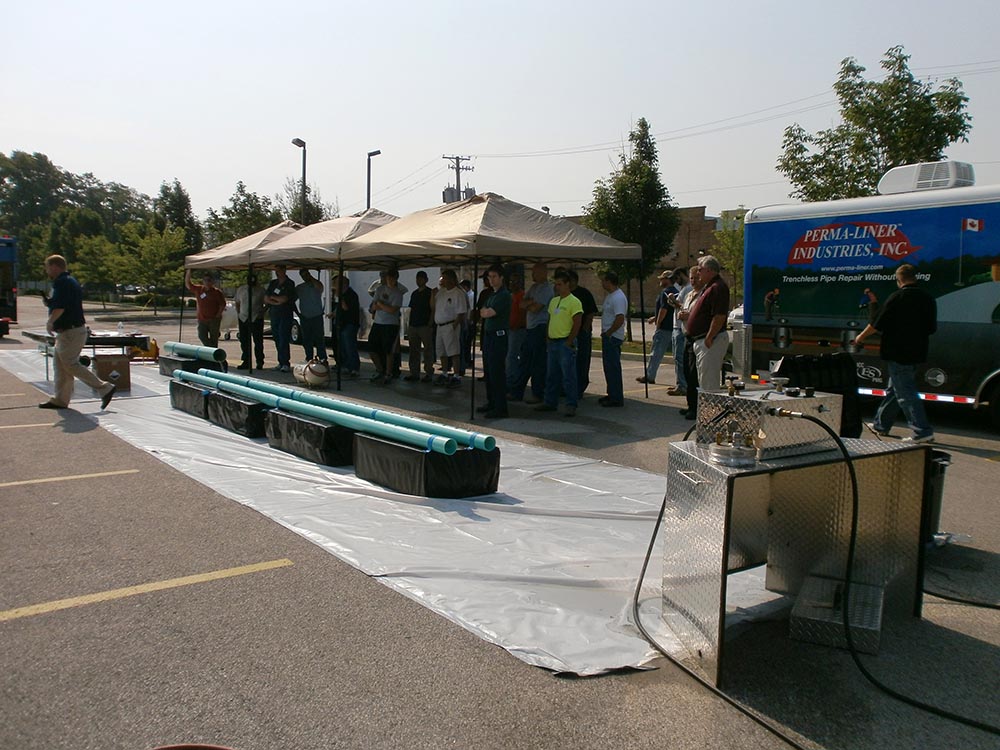 Naperville has been battling storm water inflow and infiltration in the city’s sanitary sewer collections system for years. With this in mind, the city has decided on a new approach to pipeline rehab which includes some new techniques along with some adaptations to other methods they have long relied on. Naperville’s efforts have equaled reduced flows to the city’s sewer treatment plant so the city doesn’t have to treat more volume than necessary.  With just under 150,000 residents, Naperville is Illinois’ fifth-largest city, a mostly residential suburb 28 miles west of Chicago. The wastewater stream is typical for an American suburban community, with private homes and small commercial accounts generating most of the flow. Naperville’s treatment of choice for sewer lines has been cured-in-place pipe for mainlines, circumference lining technology for laterals, and CIP or spray lining on manholes.  Over ten years ago, the city began taking an aggressive approach to lateral lining when it became city policy to line the lateral as far up on private property as the property owner allows.

Most of the city’s sewer lines are clay pipeline. The oldest go back more than a century to the early 1900s. The (inflow & infiltration) I&I sources are typical: roots that penetrate and crack pipes along with routine deterioration of the pipe materials. Many of the lines making up the system are past their life expectancy and long-term repair and replacement programs are underway.

Chicago, Perma-Liner Industries has also got a cure for you during the winter months!! It’s the Stinger Steam Cure System and it’s in stock right now. With our cutting edge steam cure technology you can work year round using 100% solids epoxy with increased productivity.  Let us give you our very best! To find out more call us @ 1-866-336-2568 or go online to www.perma-liner.com