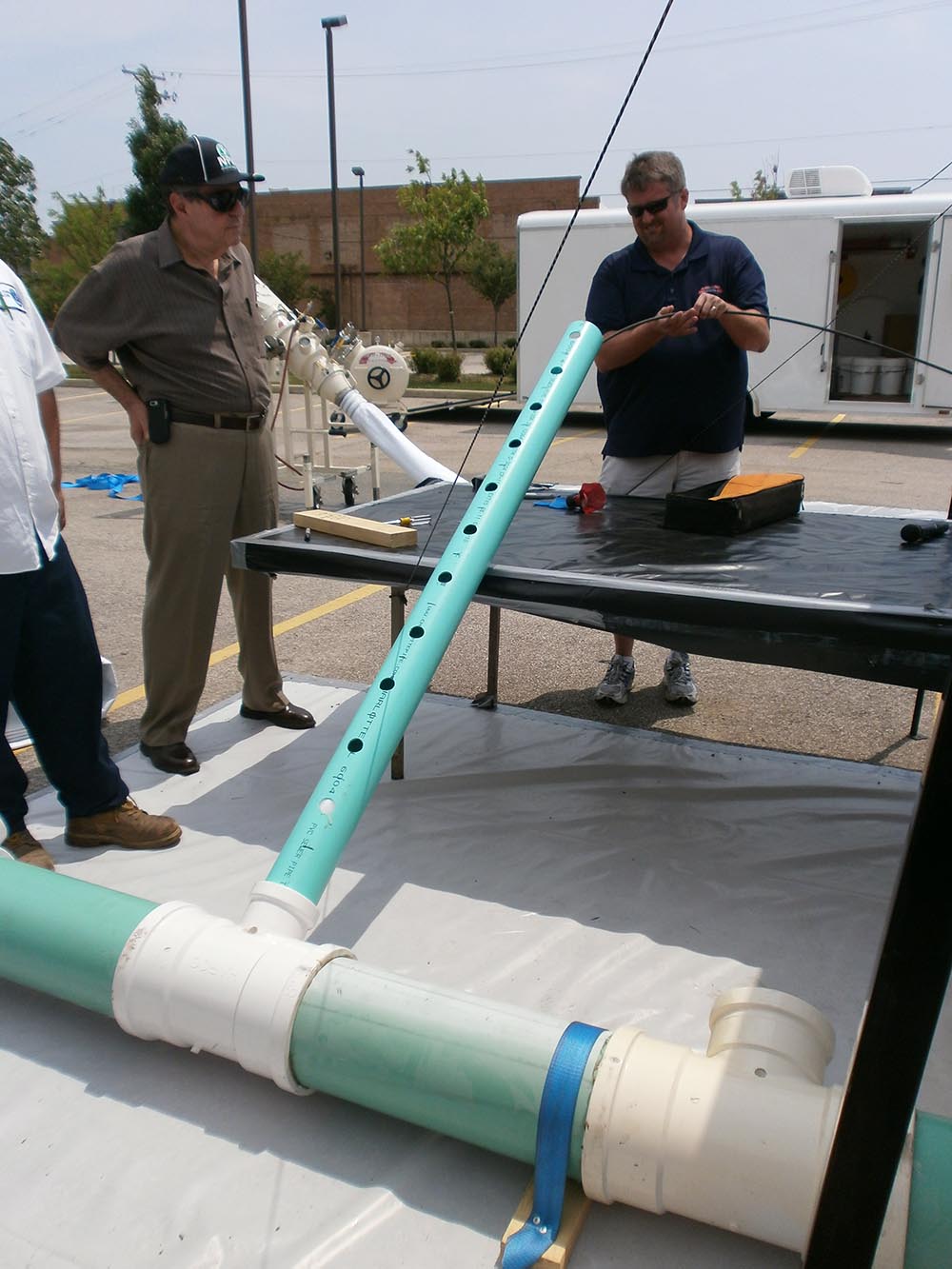 Chicago’s aging sewer system is becoming overwhelmed more frequently than it used to. The city’s sprawling network of sewers, most of which were laid out during the last century, quickly fills to capacity during intense rainfall like the most recent one when a month’s worth of rain fell in less than five days. Even a typical summer shower can trigger sewage backups in some parts of the city.

Chicago’s last two mayors promised to make the city a global showcase of green initiatives that soak up stormwater, but the administrations have been slow to respond to the city’s flooding woes. Now there is new evidence of the staggering impact on homeowners, renters and businesses, drawing attention to another challenge facing the recent Mayor-elect and the City Council.

Flood losses in the city and suburbs cost taxpayers $1.8 billion in subsidized grants, loans and insurance payments between 2004 and 2014, according to a report released last month by the National Academy of Sciences. Only hurricane-ravaged areas of coastal Louisiana, New York and Texas received more federal flood aid during the decade.

The region remains vulnerable despite $3.8 billion spent on one of the most expensive public works projects in U.S. history: the Deep Tunnel, a labyrinth of cavernous underground pipes connected to massive reservoirs intended to “bottle up rainstorms” and keep Chicago and Cook County suburbs dry.

Climate change is making the problem worse. The latest National Climate Assessment, required by Congress and released by the Trump administration in November, stressed again that “heavy precipitation events in the Midwest have increased in frequency and intensity since 1901 and are projected to increase through this century.”

Federal spending on flood protection has failed to keep up with well-documented needs nationwide. Locally the challenges are exacerbated by a multitude of reasons.

One of those reason: many residents are reluctant to talk about repeated flooding of their homes. Some are embarrassed or blame themselves. Others fear their homes will decline in value.

Chicago’s struggle with chronic flooding begins with its location. The city was built on a swamp, and storm runoff has become more difficult to manage as the region has been paved over during the past two centuries.

Today there are relatively few spots left for runoff to go other than sewers, the Chicago River system and, if it rains hard and fast enough, Lake Michigan.

To complicate matters, sewers in Chicago and older suburbs were designed to handle runoff as well as waste from homes and factories. When it rains, the combined sewers quickly fill up, forcing a flow back into basements and out of dozens of overflow pipes into local streams.

In the past 12 years, the city has spent $875 million on 145 miles of new sewers and another 354 miles of those lines have been relined to extend their life. That’s a lot of money for no relief.

Time will tell if the city of Chicago can take some much needed steps and start acting on this dire situation for the residents and city.

If you are looking for information on protecting, lining and repairing pipes, or for the nearest installer, contact Perma-Liner™ Industries today.

Perma-Liner is the leading manufacturer and supplier of trenchless pipeline rehabilitation equipment and materials in North America. For 20 years, we have developed systems to rehabilitate existing sewer systems without excavation. Our experience in the CIPP industry has allowed us to design, patent and manufacture state of the art technology in order for us to repair structures without excavation.

ATTENTION! Perma-Liner™ Industries has an event for you to attend! Everyone is invited to our OPEN HOUSE on June 5 – 6 in Anaheim, Cali.  Visit www.perma-liner.com to register and find out more.